The film Star Trek II: The Wrath of Khan is best known for its successful revival of the Star Trek franchise, but a few specialists in the field of biometrics remember it for something else. The popular Wrath script by Harve Bennett and Jack B. Sowards called for a computer voice to instruct Admiral Kirk to “Identify for retinal scan.” 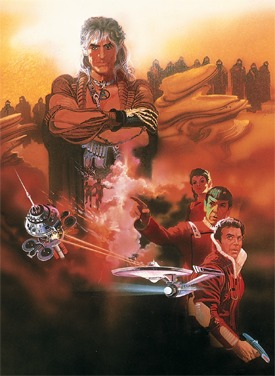 Retinal scans represent a small but significant part of biometrics. The National Institute of Standards and Technologies (NIST) defines biometrics as “the statistical analysis of biological observations and phenomena.” NIST operates several research programs in biometrics, and a government-wide portal describing US Government activities is hosted at http://www.biometrics.gov/.

Research and development in biometrics is a relatively a low profile affair, but not invisible. A June 2014 conference aimed at government applications titled “Biometrics Systems and Technologies” included topics such as data analytics for biometrics and identity operations and mobile biometrics. One Don Salo has the job title of “Director, Defense Forensics and Biometrics Agency” within the Department of Defense (DoD). This agency has two organizational units: the Defense Forensics Science Center and the Biometrics Identify Management Agency (BIMA).

BIMA is the primary proponent of biometrics within DoD. Biometrics are distinct, measurable features of an individual (e.g., facial features, fingerprints, voice/speech, walking gaits, etc.) that can be utilized to discern their identity. BIMA leads the development and implementation of biometric technologies for DoD Combatant Commands and other related agencies to assist the U.S. warfighter in accurately identifying unknown persons. BIMA also coordinates the activities related to the acquisition and maintenance of biometrics databases which U.S. warfighters can access to identify individuals. 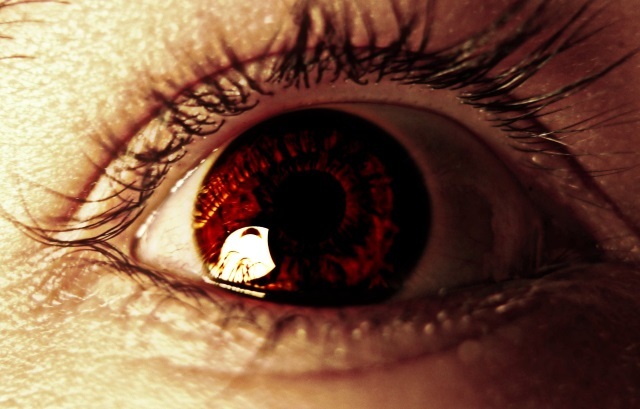 So never mind that retinal scan is often confused with iris recognition, a different technology somewhat more widely deployed of late. There is plenty of biometrics data to go around.

Charles Li took a stab at assessing how big is biometrics Big Data. A few of his estimates:

• US Department of State 10-50 terabytes

So no one should be surprised to learn that the DoD biometrics agency solicitation called for “novel approaches to correlate forensic and/or biometric data in order to develop investigative leads or behavior patterns” – in other words, go exploit Big Data Variety.

Eyes in the Sky

Biometric methods for forensic and similar purposes suffer from a familiar security provenance challenge: how to verify that the machine is receiving data from “live tissue” – not a faked digital signature provided through compromised identity management infrastructure. Solving this problem has led to increasingly sophisticated scanners, but also questions about the integrity of systems where they may be deployed.

Despite the security and privacy concerns that have been raised regarding the use of biometrics by government and law enforcement, it seems unlikely that such concerns will curtail continued development of biometrics databases.

In fact, increased adoption of cloud technology across public and private sectors will enable exploitation of Big Data Variety in direct or indirect support of biometrics. (See the FedRAMP list of US federal government compliant cloud systems). While scanners, facial recognizers and other live tissue data sources have limitations, attempts to correlate such data with other Big Data sources will likely face fewer such challenges.

Meanwhile, the Internet of Things, the Quantified Self initiative and trends toward cost-reducing telemedicine are creating new data sources with even greater volume, velocity and variety. It’s not all about crime-stopping. Individualized cosmetics and diet- and risk-aware real time exercise regimens portend a far more innocuous future for biometrics.