Analytics or Infanticide: Does IBM Risk Harming Its Watson Baby?

So far you’re doing everything by the book. Your data warehouse is finally running on all cylinders. You’ve deployed Syncsort DMX-h with Hadoop to capture all sorts of semi-structured data and you’re beginning to stream all sorts of market sensors. You’re starting to use PredictionIO to make some great educated guesses about prospect behavior. And you’re spewing out more report and dashboards than Company trainers can keep up with.

So why aren’t you seen as the Golden Girl everyone said you would be once you got all these projects going?

The answer was forthcoming from your nemesis, the CMO.

“Yeah, yeah. We’re drowning in numbers, all right. But none of this is helping my analysts. They need to formulate and test their own hypotheses. Your guys don’t understand what we’re about,” he fumes.

Undaunted, you gather your smartest talent and relay his message: Other smart, non-software specialists in the enterprise appreciate what’s been done for them, but are having trouble translating the technology into something that works for their problems. In artificial intelligence, someone on your team explains, this is a well-understood problem. To operate well within a domain, where a specialist typically operates, software requires a critical mass of well-curated domain-specific knowledge.

You can build that critical mass in-house, or, if it exists elsewhere, rent or buy it. Of course the work doesn’t end there. You must still link it somehow to your own data systems. Sometimes an API will get you started. Another indispensable component, though, is a natural language interface.

At this point in the conversation, someone is likely to bring up the subject of IBM Watson. Watson was the Jeopardy!-winning hardware-software configuration which gained public attention in 2011. Besides winning the first place prize of $1 million, Watson demonstrated its domain-specific competence in a way that impressed both public and AI communities. But what help could Watson be? 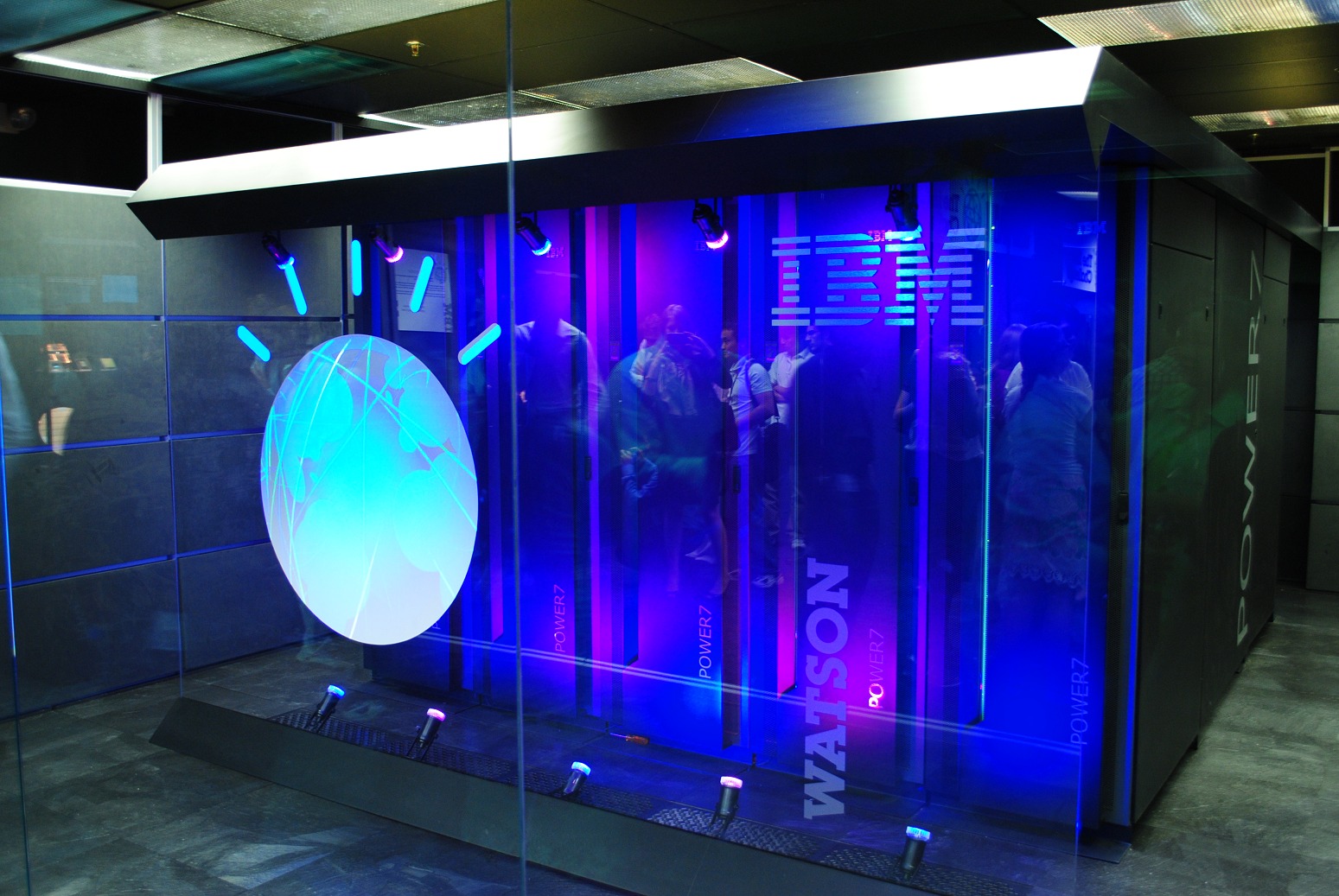 Watson | Analytics As A Service

You take a quick survey of the current state of Watson. IBM’s public demonstrations and promotional activities around Watson have included:

As seen in the Cleveland Clinic demonstration in October of this year, tasks such as examining all the clinical notes in an electronic medical record, reviewing lab results, doctor’s visits and pulling in other relevant patient-specific data could be accomplished with Watson. This apparent reduction of “cognitive load” for providers led Dr. Neil Mehta, Director of Education Technology in the Cleveland Clinic Lerner College of Medicine of Case Western Reserve University who helped demonstrate the technology to say “So we know big data is going to be a big part of this … so smart computing in some way is going to be part of the future.”

Whither the Prodigal Child

Beginning in January of 2014, Watson became available as a cloud service, which means that its capabilities can be harnessed for industry-specific needs – from a distance. For awhile after the Jeopardy! win, industry analysts watched IBM to see how it would try to leverage Watson’s capabilities with other IBM technology assets, such as InfoSphere Streams, Cognos and IBM Netezza, HPC, PureData for Hadoop, DB2 – the terrain is wide, even if the connections are yet to be made.

According to IBM, these services can be mixed and matched by developers using a RESTful API or SDK. 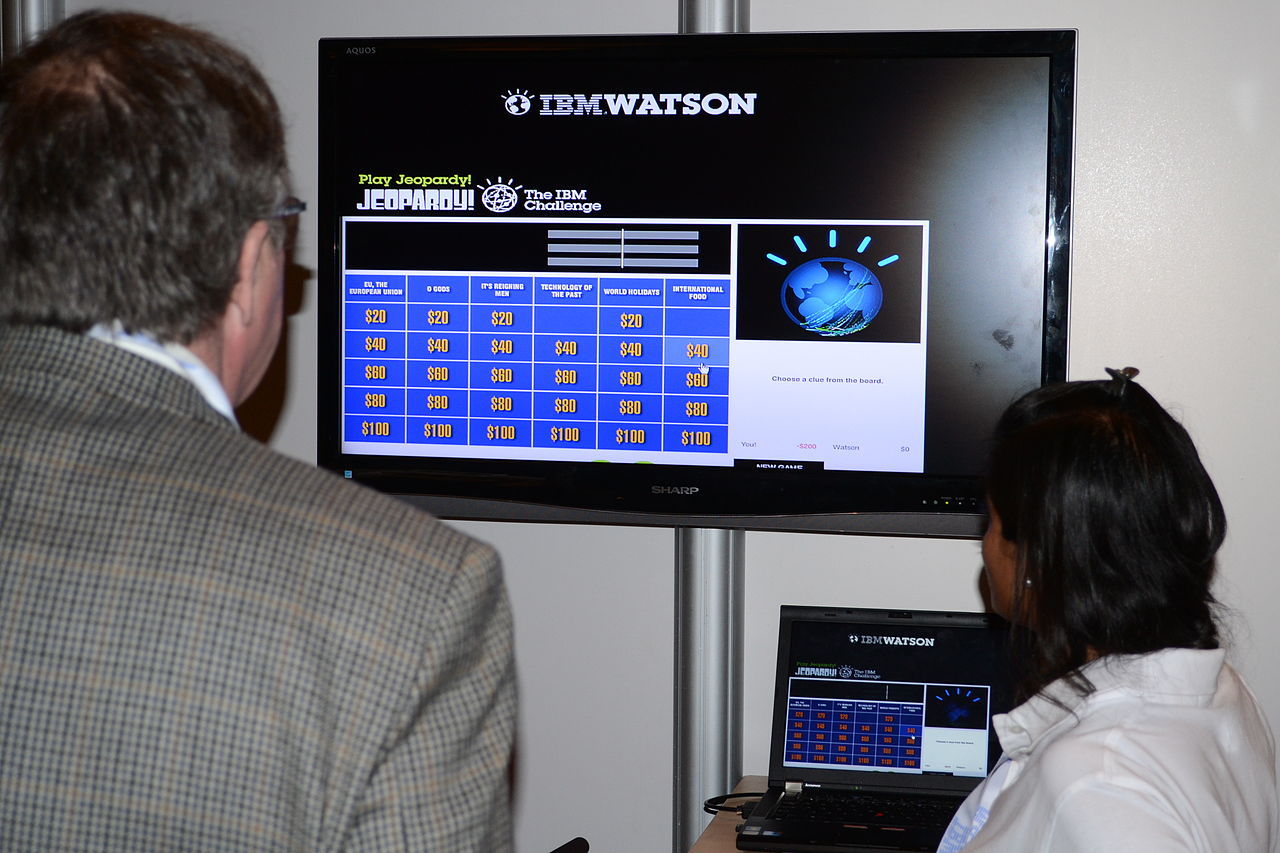 From Jeopardy! to IBM Cloud Analytics

But let’s get back to your CMO and his rude challenge. Can Watson’s cloud analytics be one way to give specialists in your firm an easier method to express their Big Data needs? Can you build simpler gateways to your existing business intelligence services?

Before you can answer that, you must judge whether Watson’s destiny is to be a wayward child lost in the hallways of the computer giant. In other words, is Watson a child prodigy whose capabilities can unlock the promise of Big Data? Or just some sort of industrial savant?

Take your first baby steps with ETL software from Syncsort. Without data, Watson will be quite malnourished.

A Primer on Governing Unruly Data