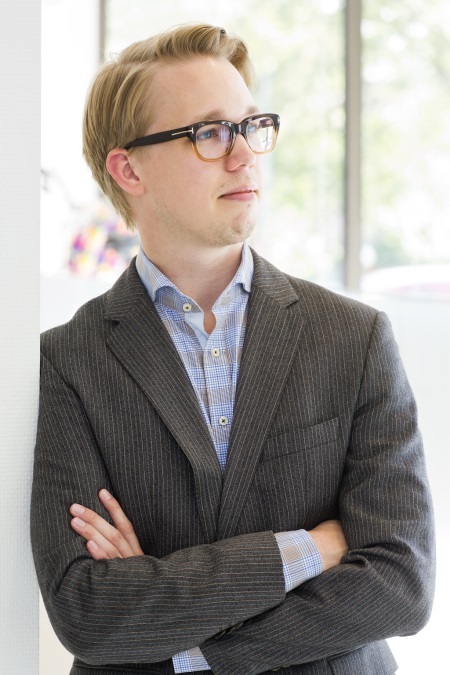 Your company name, CloudSigma includes “Cloud,” but also “Sigma.” Is the name intended to suggest six sigma, the quality metric, or something else?

It has multiple meanings including a suggestion at six sigma. We used Sigma also because it is a Greek letter and therefore transcends languages, which is important, having launched in Europe first, a place with many languages.

In 2013 you were chosen as a 2013 Cool Vendor by Gartner. Did they contact you to discuss your offerings and capabilities at the time? What is your opinion of industry analysts and the role they play in illuminating the infrastructure-as-a-service (IAAS)? What could they do to be (even) more useful?

Being awarded a ‘Cool Vendor’ by Gartner certainly had an impact on our business. Having Gartner’s seal of approval is important for some customer segments.

The analysts do play an important role when it comes to collecting and aggregating information for enterprise buyers. We’ve had a good relationship with Gartner, and found that the value proposition that we offer resonates with them, which is reflected in the fact that we were awarded ‘Cool Vendor’ status.

CloudSigma indicated that founders were “frustrated with the current market offerings which required users to jump through hoops to migrate their current server setups.” Can you be more specific so that our readers understand some of the potential challenges they might face with so-called “top tier” IAAS providers?

This really comes down to making maximum use of the potential of cloud. The approaches of other leading vendors requires customers to lose a lot of the benefits they have from running private environments right now. That includes everything from a free choice of operating systems, to freeform resource sizing to advanced network configuration options. We don’t think you should have to give that level of control and flexibility when you move to a public cloud environment. As such, we aim to carry over what people love about their private environments and combine them with the benefits of public cloud such as elasticity, cost transparency, greater geographic choice and automation, to name just a few. We call this a virtual data center approach.

Even today, most cloud vendors offer you limited options in terms of customizations. Many customers are moving from bare metal to the cloud. These customers already know what they need in terms of CPU, disk, memory and networking as well as the operating system configurations. It makes little sense to force these customers to take a step back and only offer them a handful (or maybe a dozen) server configurations. That’s not how computing works; you can’t summarize the world’s computing into a discrete number of servers, at least not efficiently. Another benefit of our approach is that it minimizes the friction for customers migrating their workloads to the public cloud and also largely eliminates vendor lock-in.

As an active EU (Zurich), US (Washington DC, Miami, San Jose) and APAC (Honolulu) IAAS provider, can you shed additional light on what prospective IAAS customers should consider when operating with potentially privacy-related data from both EU and North American citizens? What about other special regulatory, compliance or audit issues? Multi-language, multicultural support center considerations?

We have structured CloudSigma with this in mind from the very beginning. We have a Swiss holding company with each legal jurisdiction being operated as its own dedicated subsidiary company. As such, each subsidiary is subject to the local jurisdiction of the cloud only making compliance and choice of jurisdiction transparent and manageable for customers.

For instance, the privacy laws in Switzerland are very strict. The only way we would hand over data about one of our customers would be with a proper Swiss court order. The bar is a lot higher than, say, in the United States. As a result, we see a lot of customers from all over the world choosing Switzerland for its strict framework. Conversely of course in the United States we comply only and strictly to US court orders. In this way customers are empowered to manage their own legal frameworks.

You recently announced a partnership with Black Lotus. How big a problem is DDOS for you?

Some attacks are more sophisticated than others, but it is important for us make sure that these attacks are mitigated as quickly as possible such that it doesn’t impact our customers. Despite quite frequent attacks, we have very high uptime and customers rarely if ever see an impact on their computing environments.

This is one of the advantages of moving to a cloud vendor like CloudSigma. Our customers benefit from 24/7 coverage from our expert networking teams that are monitoring our traffic flows and clouds. All of our customers get this basic DDoS protection implicitly when they host with us. This service is what protects our core infrastructure and is a solution developed in-house. Through our partnership with Black Lotus, we’re able to offer a more tailored DDoS protection service to customers. This is something that makes a lot of sense for customers who offer critical services and/or those who are more likely to get targeted for DDoS attacks.

An acquaintance who was formerly a Solaris specialist at Sun reminded me of all the work that had been done on that “distro.” Why did CloudSigma decide to offer a native Oracle Solaris IAAS?

Solaris is a platform that has been largely neglected in the public cloud. There are still a large amount of companies that utilize Solaris for their services. Thanks to a good relationship with the guys over at Oracle, we were able to expose Solaris Kernel Zones within our cloud both driven from x86 but also Sparc based processors. This really is a unique service offering that allows customers to run both Solaris and other operating systems like Linux or Windows side by side within our cloud.

So far the feedback has been very positive around our Kernel Zones offering and we’ve received interest from many larger companies who are hoping to move some of their workload to the cloud.

Can you describe a use case or two for cloud-cloud synchronization, a feature mentioned by CloudSigma?

Disaster recovery or failover would both be ideal use cases for such a set-up. In both cases, you want to create a tight coupling between the two locations but at the same time be able to have them geographically dispersed so you are unlikely to have common outages across both sites.

Unlike most clouds, at CloudSigma you can run a skeleton framework of infrastructure synching data to one location as a disaster recovery site without needing to constantly have provisioned the full workload infrastructure base. This allows you to leave those additional virtual machines powered down and not have to incur the cost of CPU and RAM for having them running. Then in the event of a disaster, you can bring up your cloud disaster recovery site in minutes, and unlike a dedicated environment, you don’t have the expense of the equipment and hosting.

Is there a sweet spot for the type of “advanced hybrid solutions” that prospects have in mind when they contact CloudSigma?

Yes, one of our biggest strengths is that we are able to offer a “virtual datacenter.” What we mean by that is that you are able to replicate your physical infrastructure in CloudSigma’s platform with very few modifications.

In the case of a hybrid cloud, this means that you can do very powerful setup where you can patch over a private line directly into your private networks within our cloud. This offers an end to end private IP only solution for customers. This has obvious security benefits but also gives a very high bandwidth solution with reliable networking performance.

Since much of our cloud infrastructure locations are in Equnix’s data centers, customers who are already located there can set up a private patch and get access to a public cloud without ever leaving the data center. With the launch of the Equinix cloud marketplace, any customer participating on their cloud marketplace can now connect between CloudSigma and their own infrastructure without even needing to order a new private interconnection.

Are there any particular standards – de facto or otherwise – that you are following?

It’s difficult to point to any real standards in cloud. Although AWS might be considered a standard with respect to their API for some, that’s changing also with the increasing strength of other providers like Google and ourselves.

We attack the problem by having coverage on as many drivers and platforms as possible so customers can easily engage with our cloud. As such, we are including in the fog, libcloud, jclouds and Ansible drivers/platforms to name just a few. In addition, we are on-boarding to a number of marketplaces including the Equinix cloud marketplace mentioned above. Finally we focus on data portability and preventing vendor lock-in for customers as much more important aspects that in reality make it difficult for customers to do their computing across multiple vendors.

Moving to IAAS? Syncsort has solutions for most ETL roundtrips to your cloud. Check out DMX-h for Hadoop.

Are You Ready for Hadoop Summit 2016?

What Haven’t We Learned From the History of Database Management?