Will You Eventually Carry Your Mainframe On Your Wrist?

Today’s cell phones contain computers that 60’s mainframe era veterans would see as more powerful than their mainframes. Is that sort of “wrist power” just an indication of gradual progress in computing, or is a more dramatic shift to wrist-borne supercomputers just around the corner? Today HPC refers to High Performance Computing, but could it also mean Handheld Personal Computing?

Now that the Apple Watch has been in the market awhile, and wearable computing devices are widely accepted, it’s reasonable to ask how much horsepower can be put into a wrist-worn computer. Do they match iconic mainframe systems that crown what is left of IBM’s hardware business, e.g., the IBM System zSeries?

In short, no. But the story doesn’t end there.

Qualcomm powers many of today’s cell phones. Not long ago, Qualcomm announced the broad outlines of a new custom chip called Kryo. Kryo is an example of a System on a Chip, or “SoC,” which integrates all the elements of a computer onto a single chip – digital, analog, radio, USB, camera, Ethernet, GPS and voltage regulators. Some SoC’s, even Qualcomm’s current Snapdragon series, include more than one processor core – as many as eight CPU cores plus a graphics processor.

That’s a lot of power, even if it’s not mainframe class. 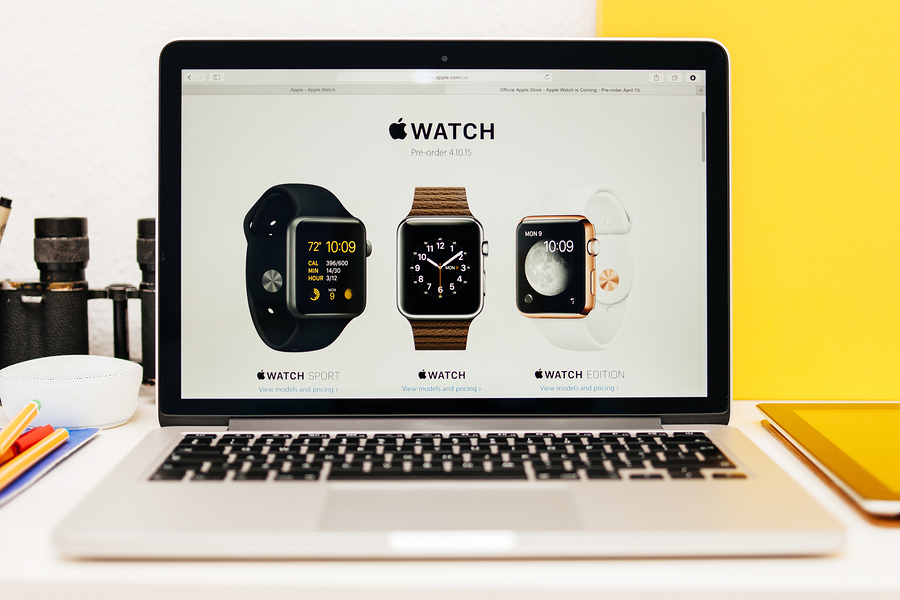 Apple’s Watch vs. the “Oranges”
In one sense, comparing a cell phone SoC to mainframe circuits is comparing apples to oranges. A cell phone must incorporate functions most mainframes – then or now – do not include, such as radio communications, GPS, cameras, and more. Cell phone SoC’s are not designed for high speed floating point operations, nor for transaction processing, which characterizes the prototypical mainframe app. Not only that, but the speed at which today’s cell phone SoC can write to permanent storage is slow compared to the speeds available on a mainframe writing to massive SSD’s.

There’s another giant factor: mobile device innovators are hyper-focused on lowering power requirements. That motivates data center designers too, but server power wattage is less critical than the battery life of an Apple Watch.

Futures Shaped by Market Forces
As has often been the case in computing history, the future is likely to be determined as much by market forces as by purely technological innovations. Back in 2013, Wired journalist Kyle Vanhemert called Apple’s Siri “the killer app for smartwatches.”

“Just like file systems were too messy for smartphones, it could well be the case that discrete applications are too unwieldy for the smartwatches of the future. For the last several years, both Apple and Google have been groping towards a future where we can get things done just by talking to our gadgets. The smartwatch might be the first time where that type of interaction makes more sense than anything else.”

What’s noteworthy about this observation is that Siri relies on connectivity to “thousands” of much more powerful Apple servers running Apache Mesos. These servers need not be concerned with recharging their batteries. This design pattern highlights the use of handheld mobile devices paired with readily available cloud services. It is a pattern that assumes bandwidth is cheap and that colossal data centers at Google, Microsoft, Yahoo, Amazon and Apple can be supported by continued success for the economic models they have adopted.

That vision of the future is the one most are betting on today, but it’s not the only one.

Local Smarts, Cut Loose
An alternative view is more focused on other trends. For one thing, smart phone data plans are restrictive, leading to concerns over cloud affordability. Residential broadband in urban areas is readily available, but costs have been steadily increasing. Why not cut the cord and rely instead on a high performance local computing resource instead of distant cloud services?

The contrarian view is also concerned with the Internet of Things (IoT). Making effective use of multiple local devices streaming data at increasing speeds and capable of intelligent digital control is best done by machines closer to the action. In principle, personalization can be done from the cloud, but the pattern for most consumers is one-size-fits-all, albeit at a low price point. These experts see a future for powerful wearable computers that are optimally mated to you and are constantly adapted to your needs in real time.

The path to either future leads through chipmaker territory. Qualcomm, Intel and lesser known players like NXP and Applied Materials will be perfectly happy with both scenarios. Whether cloud services or a self-contained wearable appeals to a given market segment will likely depend more on which has the better software offerings than which is faster.

Whether data is streamed into a smart watch or crunched in the cloud, Syncsort has a role to play in coherently connecting Big Data dots. And z/OS mainframe specialists have grown up with Syncsort MFX.