Examine some of the areas that you need to address in order to ensure healthy operations that deliver the highest possible performance.

What makes System i different from other platforms? A large part of the answer lies in the CPU architectures that System i servers use: System i relies on IBM POWER microprocessors, whereas most other modern computers and servers use the x86 architecture.

And just what does System i’s use of POWER chips mean? Let’s take a look at the major factors that distinguish the POWER architecture from x86.

Although the origins of the POWER architecture and x86 CPUs both stretch back several decades, the chip types have distinct histories.

The POWER architecture was born out of research by IBM to create what is known as a RISC, or Reduced Instruction Set Computer, architecture. IBM’s work on RISC architectures began in the 1970s, but it was not until 1990 that IBM released the first POWER architecture, which was a specific implementation of the RISC blueprint.

That architecture came to be known as POWER1. It laid the foundation for all later iterations of POWER processors, up to and including POWER9, the most recent version. (Some fragmentation and branching off from the main POWER architecture foundation took place over the years, but those nuances are beyond the scope of this article.)

The forerunners of the x86 architecture also date to the 1970s, but it was not until the early 1990s that the first computers with x86 architectures became widely available. Unlike POWER chips, which were designed mainly for servers, x86 CPUs catered to the personal computer market. They gave rise to the i386 and i486 PCs that made in-home computers affordable for many middle-class families for the first time.

(Apple also used a variant of the original POWER architecture in its personal computers for much of the 1990s and early 2000s, but it abandoned them in the mid-2000s.)

So, although IBM POWER and x86 both have long histories and developed in parallel, they catered to different markets and were born out of quite different initiatives. 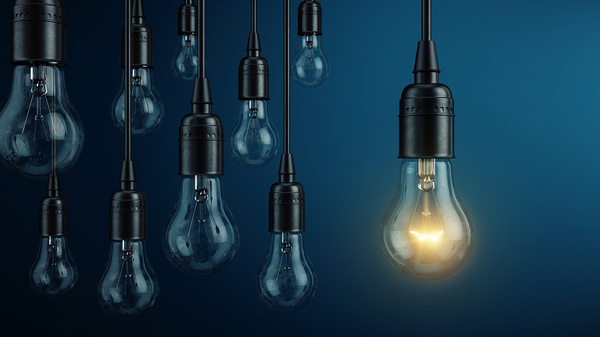 The differing design goals that shaped IBM POWER and x86 architectures in their early days continue to define the way they are used today.

By and large, POWER chips cater to high-performance, enterprise-oriented workloads, such as database and encryption processing.

X86 CPUs can do those things, too, and lots of people use them for that purpose when they run workloads such as big data analytics on commodity servers (which in almost all cases use x86 chips). But x86 hardware is typically not as efficient at these types of uses. X86 is instead designed as a more general-purpose type of computing architecture.

IBM POWER chips and x86 chips can both support virtualization. However, POWER was designed with virtualization in mind almost from the very beginning and features a built-in hypervisor that operates with as little as a 2 percent loss in efficiency (as compared to running a workload directly on the hardware, without using a hypervisor). As a result, POWER chips are very good at virtualized workloads.

X86 chip manufacturers have added virtualization extensions to the x86 architecture, but x86 was not originally designed with virtualization in mind. If you want to virtualize a workload on top of an x86 chip, you have to use a third-party hypervisor, such as one of the ones offered by VMware, or KVM.

And although virtualization solutions for x86-based computers have come a long way since their early days, it remains difficult for them to get close to the same level of performance efficiency within a virtual environment that POWER offers.

IBM POWER chips and x86 chips both enable a high level of scalability, but they do it in different ways.

With x86 chips, if you need to scale your workload up, you typically set up more servers. X86 machines tend to be comparatively cheap, so this approach is feasible enough.

On POWER-based systems, the massive computing power of the system itself is the basis for scalability. While you can always add more hardware if you want, POWER chips are designed to deliver a level of performance that makes it possible to scale seamlessly without having to increase your hardware footprint.

X86 and IBM POWER architectures are both well-established, venerable foundations for modern computing. They each have important roles to play in the enterprise, and in some cases, in the personal computer market as well. But POWER stands out for its high-efficiency, built-in virtualization solution, as well as its ability to support massive enterprise-class workloads without requiring the type of massive infrastructure that you would need to do the same using x86 chips.

Check out our white paper on Optimization Best Practices for IBM Power Systems Servers on IBM i.

The Ultimate Beginners Guide to GDPR Compliance in 2019

Staying Afloat When the Data Loss Iceberg Hits: Part 1 of 2